I may be in the minority here, but last night I decided that the best way to prepare my palate for this culinary delight: 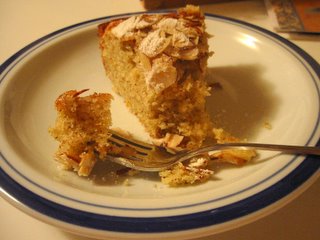 was by first polishing off this: 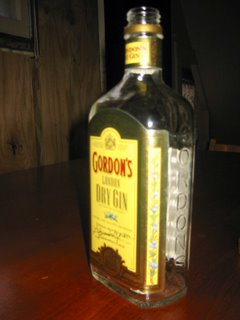 and two gin and tonics later, following with four of these: 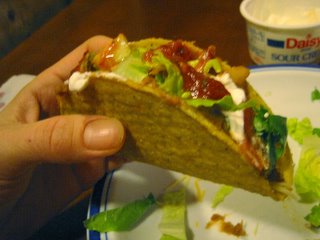 Nothing like gin and retro-crappy tacos to prepare your palate for Lavender Orange Almond Cake.

In my defense, I did wait until after 5 pm to hit the gin and this week was a pretty tense one in the parenting department. Fiona has learned how to punch Ian's buttons. She is no longer the sweet little sister who thinks that he's a god and does whatever he says. While a part of me applauds her feisty spirit, by 5 pm on a Friday, the rest of me was just sick to death of being a referee. So the ref hit the sauce and there was much rejoicing! When Brian came in the door at 6 pm we were running around the house singing the melodies from Carmen and Beethoven's 9th at the top of our lungs.

To say that we were a spazzy mess of humanity is a bit of an understatement. Thankfully Brian did not turn right around and head back out the door; instead he helped usher the taco fixin's to the table (news flash: taco filling is just fine when made while drunk!) I think this is the first time I've made the totally non-authentic tacos that I grew up with. The last time I had one of these was, oh probably 1985.

But you know what? They weren't that bad; they were kind of comforting in the food memory department, they were easy as hell and (big drum roll) the kids actually ate them too.

Despite intense interest from the short people of the family, 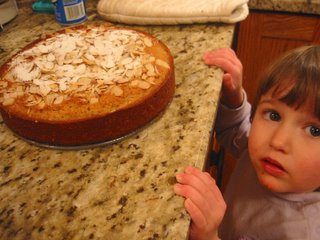 once the taco fest was over, it was too close to bedtime to risk giving them any sugar.

After we wrestled them into their jammies and beds, I was feeling pretty sober again so I relaxed on the couch with my slice of cake, a cup of peppermint tea and this excellent book: 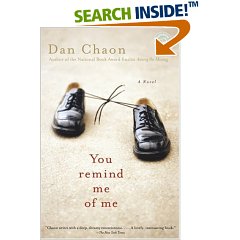 And the cake? Awesome. Very moist with a heavy almond flavor from the ground almonds and almond extract in the batter and the sliced almonds on top, and the orange and lavender pushed it over the top. I think it would still be an excellent cake without the lavender (if you don't have any on hand), but the lavender does provide a little extra boost of interest. You can get the recipe here at The Traveler's Lunchbox.

Tonight, I think I'll have another slice and pair it with some of the Poire William eau de vie that I've been neglecting of late.
Posted by Kate at 8:31 AM

Oooo, may I borrow the Chaon book when you're done? I've been wanting to get my hands on it. Damn I love that title.

Heh heh, we have retro tacos at our house from time to time. I never thought of pairing 'em with gin and tonics. Thanks for the tip! :)