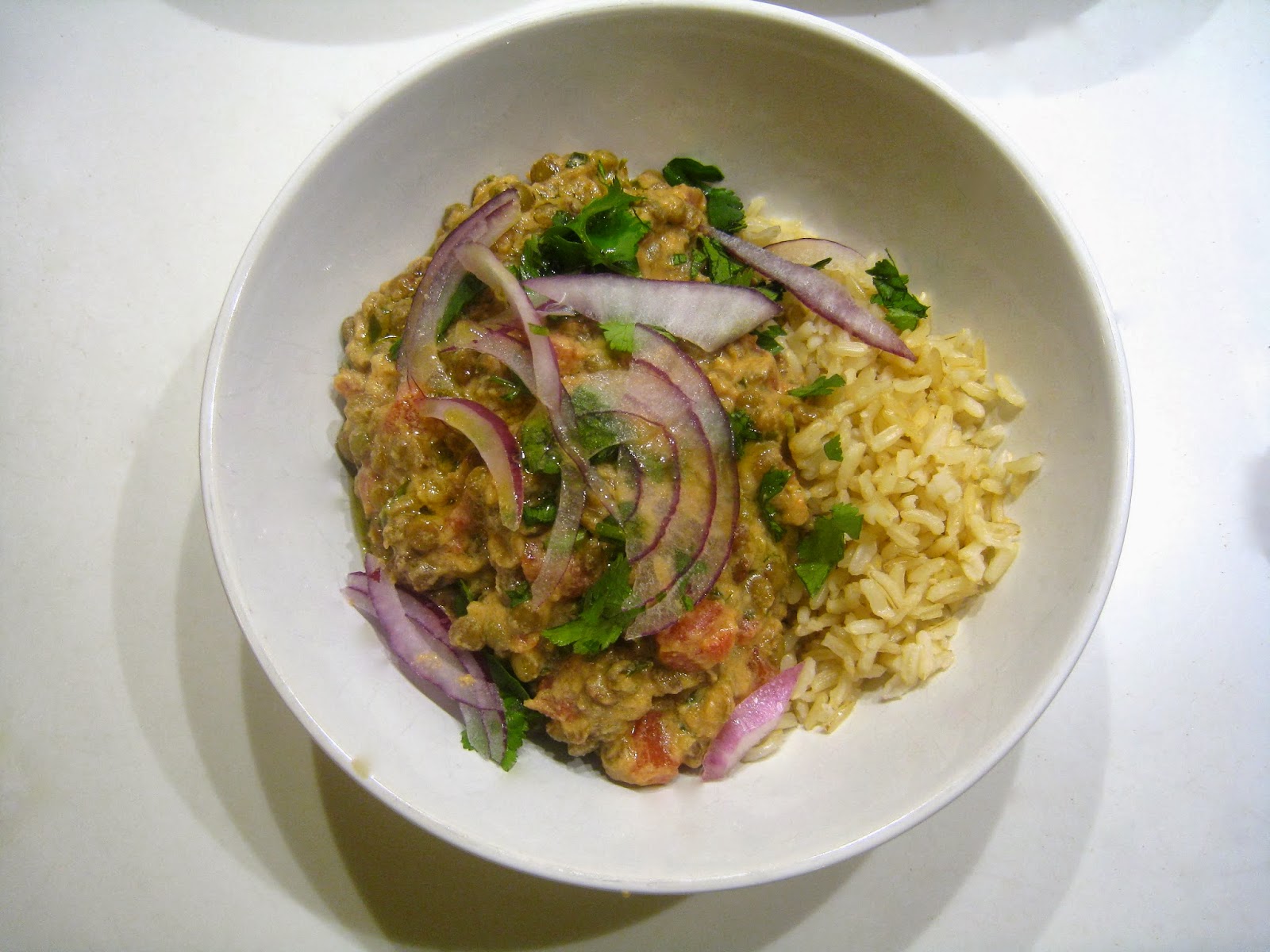 It gets my attention when a chef says that they could eat a particular dish every night which is what Yotam Ottolenghi said about the above dish.  While I haven't made it daily, I have made it twice in as many weeks and it is really good--a cross between a lentil stew and hummus, but served warm (which is totally necessary since we're in the middle of a very harsh winter here.)

I made it once with regular old brown lentils and once with the more swanky French Puy Lentils that Ottolenghi called for and what do you know, I liked the more humble lentils better. He had to crush the French kind at the end of his recipe, while I found the slightly less firm brown lentils made for the perfect texture (the above photo is of the French kind; I forgot to take a picture when I made it with the brown, but it was a bit softer and saucier.)

Once I served it with brown rice because I already had some cooked and it was fast and easy and fine. But it was even better when I took the extra step of making pita bread to go with it--hot, soft, puffy bread pillows were the perfect medium for scooping up the saucy lentils. Add a green salad and you have a fantastic meal.

Bring a medium pan of water to a boil. Add the lentils and cook for 15-20 minutes, until completely cooked, drain and set aside. Put the butter and oil in a large sauté pan and place on a medium-high heat. Once the butter melts, add the garlic and cumin, and cook for a minute. Add the tomatoes, the handful of cilantro and the cooked lentils. Cook, stirring, for a couple of minutes, then add the tahini, lemon juice, water, a teaspoon of salt and a good grind of black pepper. Turn down the heat to medium and cook gently, stirring, for a few minutes more, until hot and thickened. Serve each portion with a drizzle of olive oil, a scattering of red onions and a sprinkle of cilantro (or put it all in a warmed serving dish and garnish the whole thing).
Posted by Kate at 10:54 AM

Sounds like the perfect meal to me. Thanks for posting.

Sarah, you would LOVE this. I thought of you both times I made it.

Woops--about how much lentils? A cup and a half or so? I'm about to make it.

Akk! Thanks for catching that! 1 C of lentils. I edited the recipe with the correction!