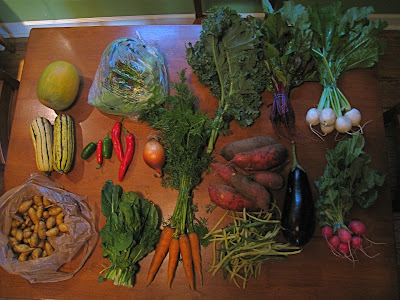 Relish (This is not an extra, but a must)
1 T oil (use coconut oil if you have it)
1 T butter (or more coconut oil)
1/8 t red pepper flakes
1 or 2 sweet potatoes (med to large), peeled and diced small
Salt/pepper
¼ fresh chopped cilantro

For relish: Heat oil and butter over medium heat, add red pepper flakes heat for 10 seconds. Add the
diced sweet potato, salt and pepper to taste. Cook, COVERED, stirring occasionally until softened, about 15 minutes. Uncover, increase heat and cook until potatoes are golden brown, another 5 to 10 minutes. Transfer to a bowl and mix with cilantro.

For soup: Heat oil over medium heat, add ginger and onion, cook until soft (about five minutes), and
add red pepper flakes. Add broth, bring to a boil and then add sweet potatoes, bring to a simmer
and cook until soft (20 to 30 minutes). Blend soup until smooth. Simmer over low heat.
Whisk in coconut milk, honey and cinnamon. Cook until thickened. Season with salt and pepper.

Serve the soup with a large spoonful of the relish on top.
Posted by Kate at 9:30 AM

It's getting cold outside. Do you have any great knitting plans for any capes or wraps?

Nope--I've never knitted a cape or a wrap!