As I mentioned in my last post, I'm a little rusty on the blogging front. As I forgot to take a photo when I made this the other night, you are stuck with this photo of the leftover version that I had for lunch today: 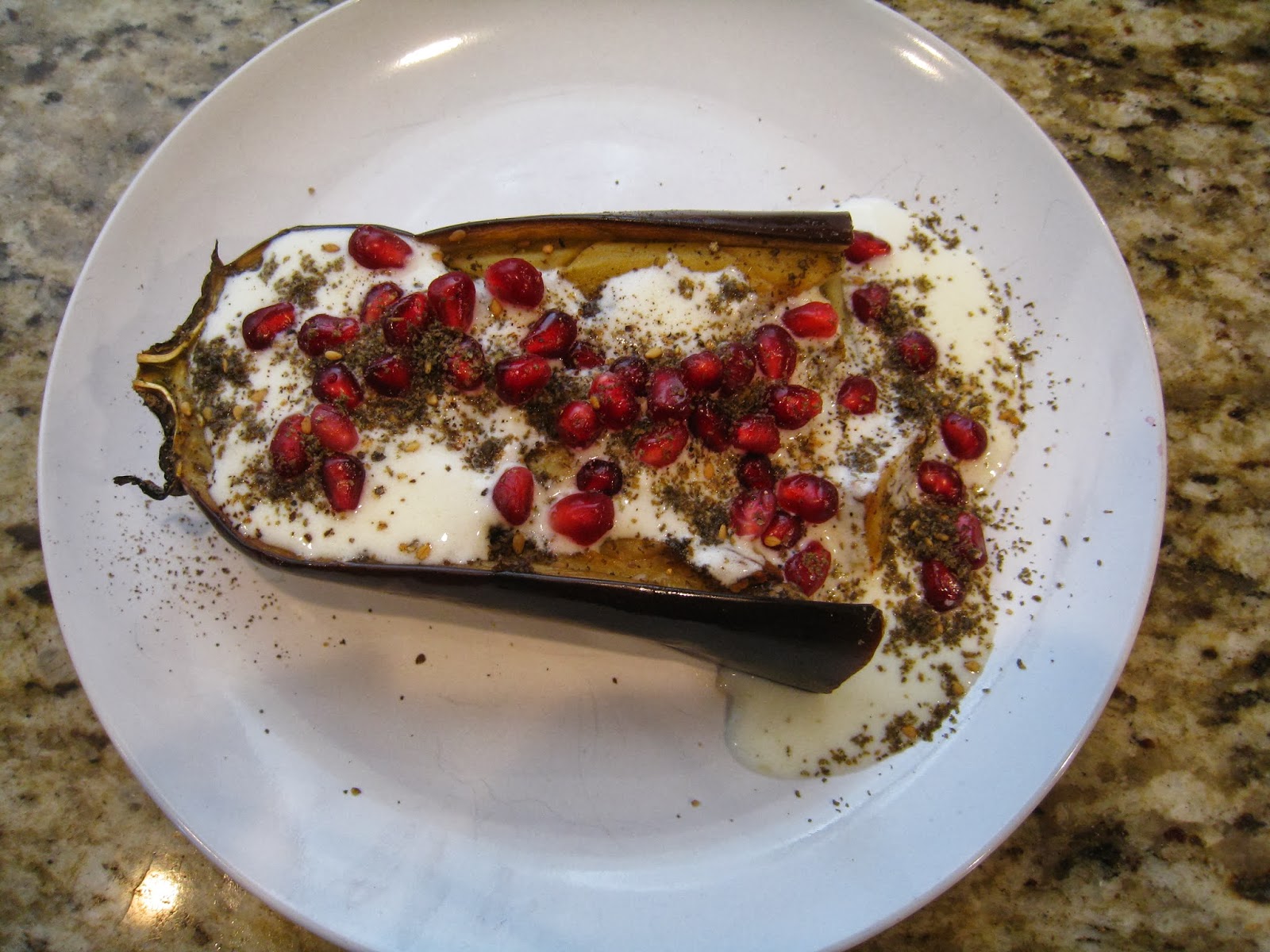 Thankfully, a much prettier version accompanies the recipe in Plenty: 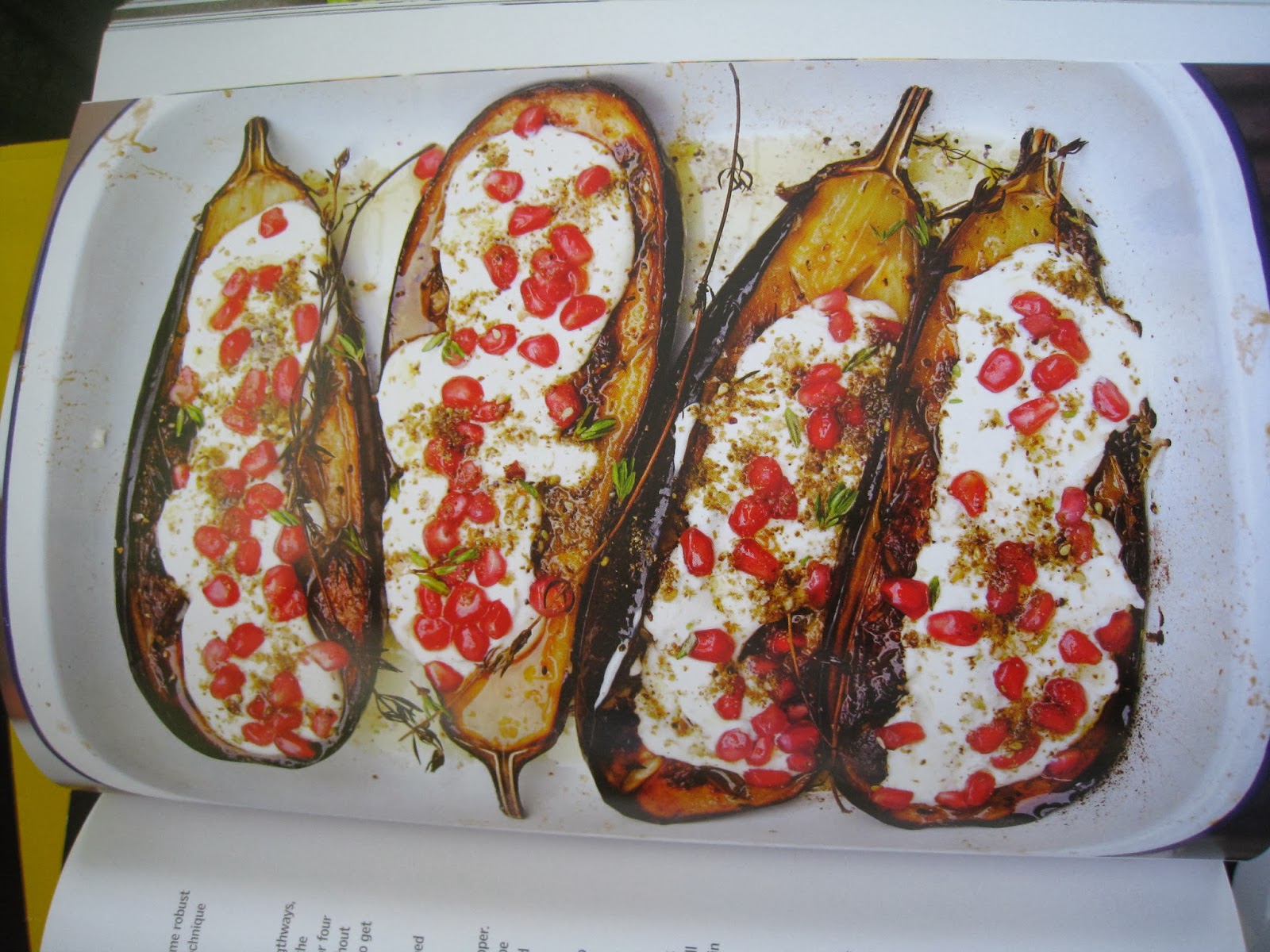 This recipe works because of the contrasts:  silky roasted eggplant; garlicky, sharp buttermilk sauce; bright sweet-tart pops of pomegranate seeds. It's not a terribly complicated recipe, but you don't want to skip any of the three facets and that means you better get in gear and make it while pomegranates are in season (they pretty much disappear from the markets here for about half the year.)

I've made a few tweaks to the recipe because while the combination is inspired, I think the dish benefits from added intensity: more garlic in the buttermilk sauce, more salt and a lot more za'atar. Also, while this edition of Plenty has fixed some errors that were in the first edition (the copy I borrowed from the library last year had erratic conversions of temperatures in Celsius to Fahrenheit so this recipe had 250 F listed rather than the approximate conversion of 450 F), I still had to adjust some temps. My edition of the cookbook says 400 F and I would definitely recommend 450 to get that golden burnished top (unless maybe you are dealing with really small eggplants).

And a warning, if you are thinking of serving this at a formal dinner party you should know that there really is no tidy way to eat it. Despite its pretty presentation once you start eating you're going to get a plate full of messy bliss, that quickly turns into something requiring fingers to pull away the eggplant skin and release the delicious innards. I recommend serving it with puffy, warm pita bread so you can sop up all the mashed bits of eggplant and sauce that will flood the plate.

Ottolenghi recommends serving this as an appetizer but I found it made a terrific main course, especially when paired with a spiced lentil tahini dish (recipe to come!), warm pita and a salad.

Preheat the oven to 450 degrees F. Cut the eggplant in half lengthwise. Score the flesh in a diamond pattern (but make sure not to pierce the skin).

Place the eggplant halves, cut-side up on a baking sheet lined with parchment paper. Brush them with the olive oil--keep brushing until all the oil has been absorbed. Sprinkle with salt and pepper and 1 t of za'atar for each eggplant half. Roast for 35-40 minutes until the tops have become golden brown and the flesh is soft. Remove from the oven.

While the eggplants are cooking, seed the pomegranate (I do it in a bowl of water to keep me and my walls from being speckled with red juice) and set the seeds aside. Then make the sauce. In a medium bowl whisk together the sauce ingredients until smooth. Taste for salt--you want it pretty salty since it'll disperse over the eggplant and be diluted--and adjust as necessary.

You can serve these with the eggplants warm or at room temp. Put an eggplant on a plate, generously top with the sauce, sprinkle on an abundant quantity of pomegranate seeds and then sprinkle each eggplant with 1 t of za'atar (or more!) and a grind of black pepper, then drizzle with a little olive oil. Put the bowls of sauce and seeds on the table so people can add more as they work their way through their eggplant half.

_____
* za'atar is a Middle Eastern spice mix composed of roasted thyme, sumac, sesame seeds and salt. I'm sure there are chi-chi spice shops that sell it for $10 for a 1/2 cup (no doubt with thyme harvested by elves at starlight and salt from the shores of Atlantis) but if you have a Middle Eastern market nearby, it is sold in 1 lb bags for $3-4. 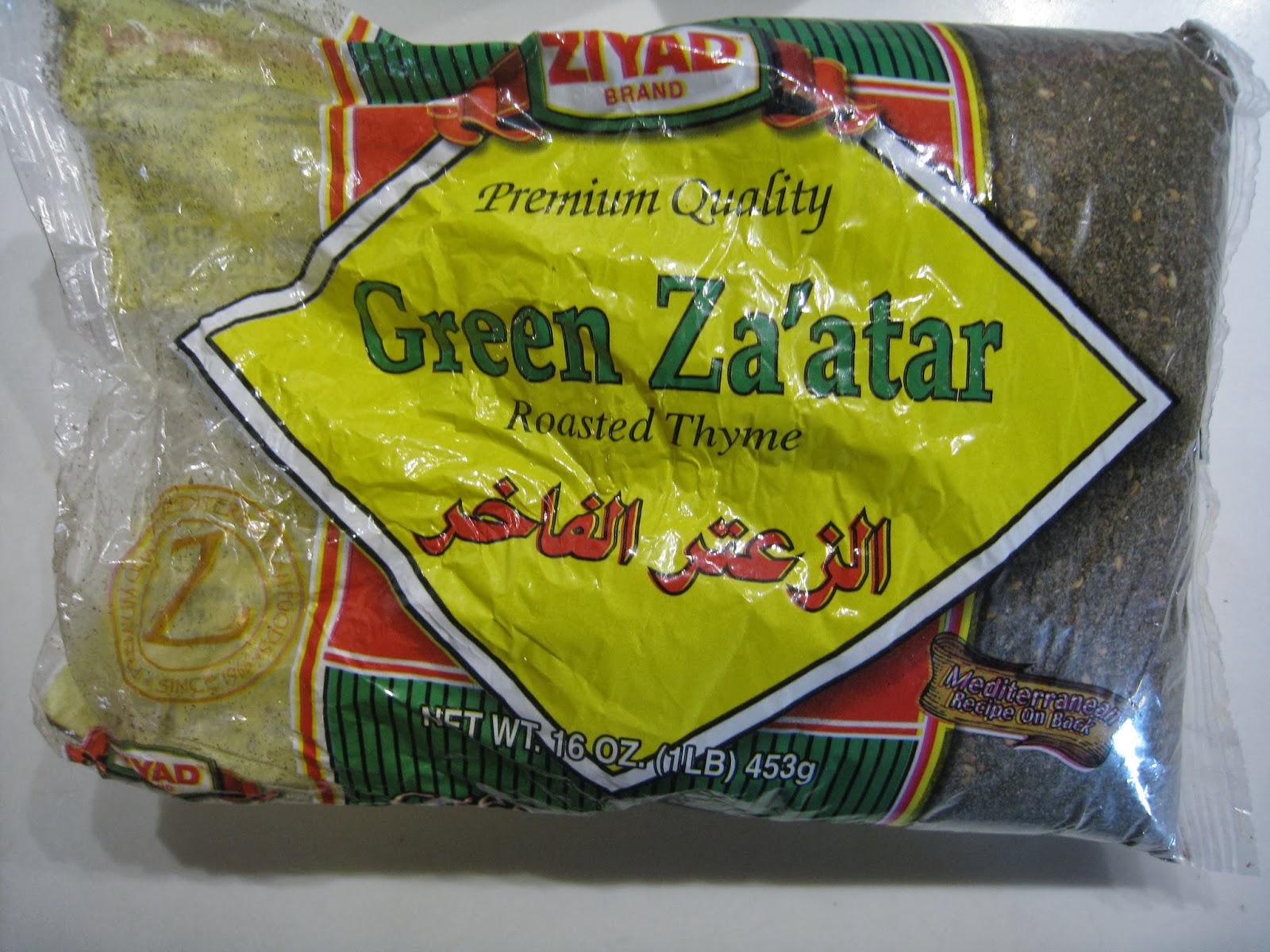