Time to wake up

I've been letting this blog have a good well-deserved rest for the past year or so, but it's January 2014 and for some reason, old pessimistic me is thinking this is going to be a good year. And I'd like to share some of that goodness here.

I'm going to try and post once every two weeks (on average). Maybe more often than that.

A quick preview of what is to come:

I received two of Yotam Ottolenghi's cookbooks for Christmas, to join the one I already had: 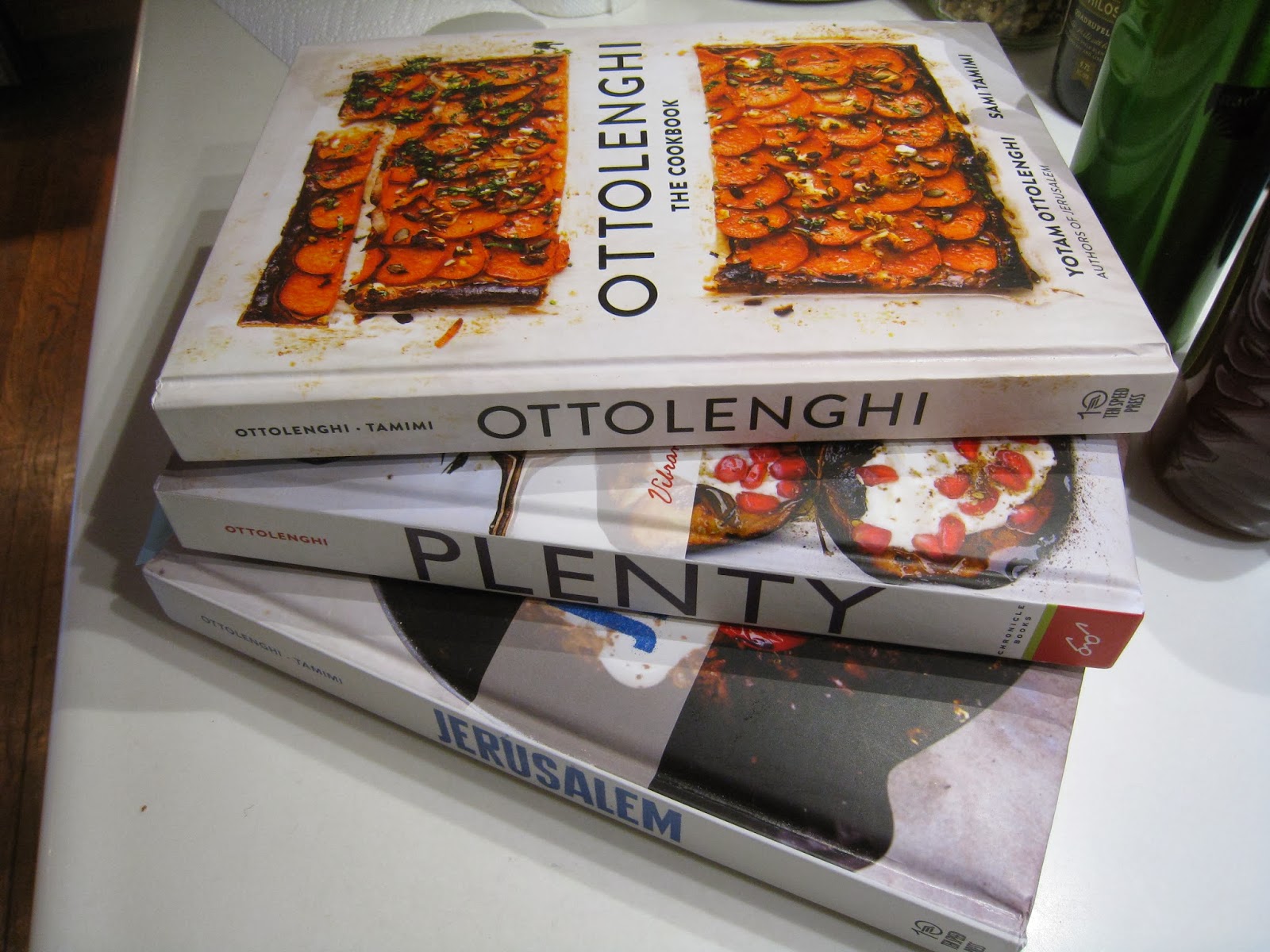 I've been cooking out of all three and there are some real winners and favorites already emerging. Last night I made some amazing recipes from all three, but I'm out of practice and didn't take pictures. While Brian and I were gobbling it down (and he even declared it "gourmet") I thought, "I really need to share this with other people." So share here I shall.

I've been diligently updating my books read blog (and just started a new one for 2014) and I'll try to feature some more-than-just-a-blurb responses here on the main blog. 2013 ended with a superb run of grown-up fiction so I'll probably start with that.

And in the books + food category, I'm going to try and remember to bring my camera to my book group meetings this year. We're going on 14 years together and the book-themed meals are still fantastic.

And now for a little update on two of my former obsessions that are presently on the sidelines:

I probably won't be blogging about writing much. I'm presently working on two novels (early November was great! Then a period of fallowness and craziness and extreme non-writing followed) but despite being a realistic person, something about writing about my writing spooks me. I wouldn't go so far as to say "curse" but it feels like that. So other than possibly sharing a few resources that have helped "unstick" me when I've been stuck, don't expect much reflection on my own creative writing.

And my craftiness has definitely fallen by the wayside. I am knitting a super basic sweater now, but it isn't interesting, either to look at or to write about. I may feature some of my daughter's weird and wonderful creations (she's still at the age--10--where her imagination is uninhibited), but most of my crafting energy is spent figuring out ways to help her express her creativity which is far more visual than mine ever will be (her Christmas presents included whittling supplies, needle felting supplies and that ever popular medium, polymer clay).

which recipes did you try in Plenty?

I made the cover recipe--loved it, but made a few tweaks so I'll probably post my version here soon!

I encourage you to post often.Good blogs like yours inspire me to focus on creativity(even if it is about a simple sweater you are knitting). And your recipes are always fantastic.

So glad to see you back online!

So great to have you back! (says the non-blogger for the past year as well...) Exciting to hear about F's craftiness as well, although don't short change yourself. You have had some amazing crafty creations!