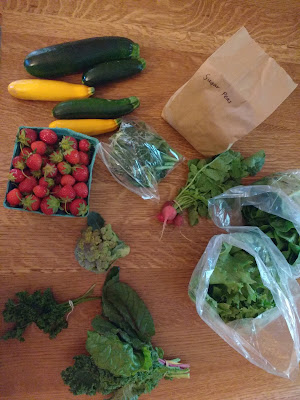 Lovely selection this week and here are some of the plans for it:

I just discovered your blog & really like the way you have an entry for each CSA share week. And I see you have past entered on Tantre as well. When we pick up our share each week, it is nice (but not always possible) to prep things immediately to be ready to use. I like the way you envision the menus suggested by the selection of items. Thanks for your efforts and ideas!!!