I have lots of books in lots of genres to give away so have a good scroll down and see if anything catches your fancy. As a plus, all the photos feature our scaredy cat, Mooney. This is the cat who many people who have been to our home for years have never laid eyes upon because he is terrified of the world (I think some friends suspect that the second cat we keep mentioning is actually a figment our our collective imagination, so here's proof for the doubters). I was veeerrrry careful to make sure not to startle him while taking these photos and was successful until the very last photo (when he woke up, gave me a glare, and was out of there in a flash.)

There are comments on some of these, not on all but that doesn't mean they aren't good books (it just means I don't have anything clever to say.) You know the drill, if you are local and want one or more books, say so in the comments or use the contact me feature in the side bar. If a title has been crossed off, it has been claimed. 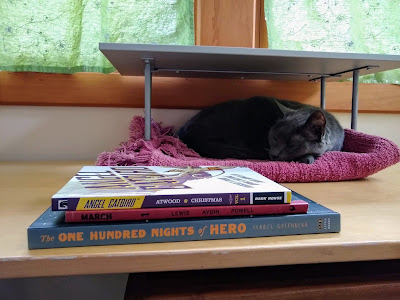 Graphic Novels
Angel Catbird, Vol 1 by Margaret Atwood and Johnnie Christmas: yes, Margaret Atwood can do anything, even graphic novels.
March, Book 1 by John Lewis, Andrew Aydin and Nate Powell: you can watch a video here of their talk that took place at Hill Auditorium in 2017 as a part of the Penny Stamps Speaker Series. It was a lovely event for a wonderful book.
The One Hundred Nights of Hero by Isabel Greenberg 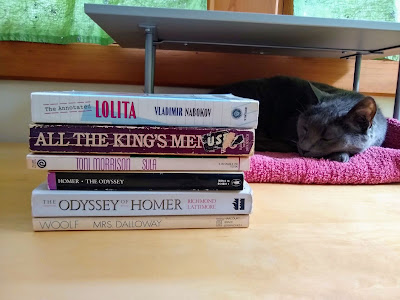 Classics
(some of these might have a little underlining in them)
The Annotated Lolita by Vladimir Nabokov (annotations by Alfred Appel Jr for whom I was a TA at Northwestern and whose son was a writer and producer of The Simpsons--there's your useless trivia tidbit for the day.)
All the King's Men by Robert Penn Warren
Sula by Toni Morrison
The Odyssey by Homer (Penguin Classics edition, translated by E.V. Rieu): a prose translation
The Odyssey of Homer translated by Richmond Lattimore: a poetry translation
Mrs. Dalloway by Virginia Woolf 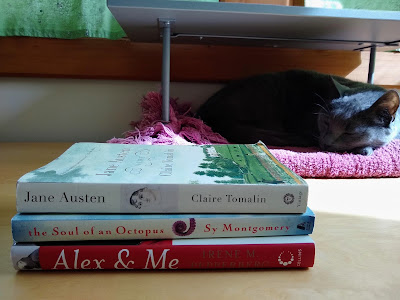 A Little Non-Fiction
Jane Austen by Claire Tomalin: one of the best literary biographies I've ever read
The Soul of an Octopus by Sy Montgomery: a big time cephalopod love fest
Alex & Me by Irene Pepperberg: I dare you not to want an African Grey Parrot after reading this. Maybe don't give it to your kid whose birthday is coming up unless you want them to beg for a pet that they'll have until they are 80. 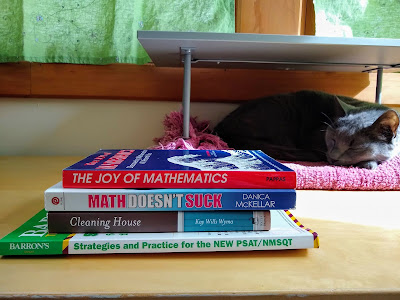 Maybe these will work for your family...(because they did jack shit for mine)
The Joy of Mathematics by Theoni Pappas: Lots of great visuals in here that should get kids interested in how math applies to life. Note my use of the word "should."
Math Doesn't Suck  by Danica McKellar: pitched at middle school girls, the period of time when many girls decide they hate math. The tone would probably appeal to kids who are a little more mainstream. It is written in a very accessible tone and I appreciated some of the frank talk about stopping negative self-talk when it comes to math. My kids didn't relate to it because they are pretty quirky.
Cleaning House by Kay Wills Wyma: the subtitle of this book is "A Mom's 12-Month Experiment to Rid Her Home of Youth Entitlement." While I can't say that I got that outcome in our house (still plenty of youth entitlement to go around!) it does present good info and ideas on how to teach all the crap you think your kids should know how to do but that (bafflingly!) they don't.
Barron's Strategies and Practice for the NEW PSAT/NMSQT: one of my kids did about 2 of the exercises in this book, the other refused to crack the cover. With Khan Academy SAT prep (that I've heard is very good though neither of my kids cared to avail themselves of it) I'm guessing that books like this are not in demand, but if you have a kid who prefers paper to screen, this book is almost unused. 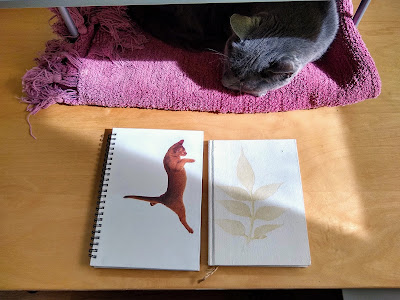 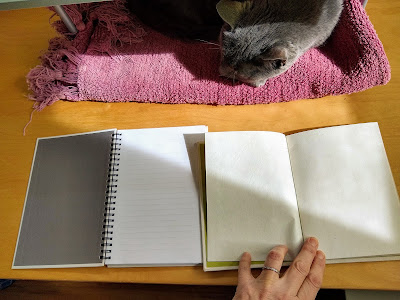 Blank Books
Two pristine blank books, one lined, the other not. Great for journals. (My resident artist rejected the unlined one for drawing because the paper is sort of rustic/not smooth like a sketchbook.) Let me know if you want the Cat book or the Leaf book. 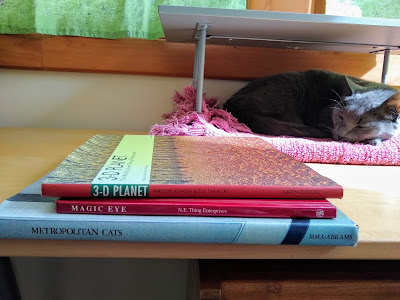 Visual stuff
3-D Planet: The World as Seen Through Stereograms by Hiroshi Kunoh and Eji Takaoki
Magic Eye: A New Way of Looking at the World by N.E.Thing Enterprises: both this book and the one above might entertain a bored kid or (if you suffer from a lazy eye) are good for training binocular vision
Metropolitan Cats from the Metropolitan Museum of Art (Mooney approves) 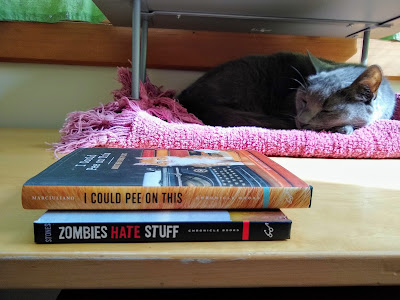 Humor(?): Maybe these will make you, or a kid in your life, laugh?
I Could Pee on This and other poems by cats by Francesco Marciuliano (Mooney does NOT approve of this title. He prefers the title which is much more applicable to his daily life:  I Could Puke on This)
Zombies Hate Stuff by Greg Stones 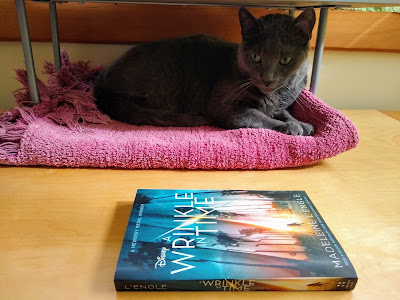 Stand alone: PLEASE NOTE, MOONEY IS AWAKE AND AWARE THAT HE HAS BEEN PHOTOGRAPHED AND IS NOT PLEASED (there was a gray streak as he fled seconds after I snapped this)
I forgot to include this copy of A Wrinkle in Time by Madeleine L'Engle in my previous YA book give away, so here it is. It's the edition they released after the recent film so there are some photos from the movie in the middle of the book, if that makes a difference to you.