Whoo hoo! I found the camera again. It was not, as suspected, buried in the boy-critter's sty of a room (though I am ardently hoping that his missing iPod is in there somewhere). I found it at the bottom of my purse, having been dislodged from its case due to the girl-critter's energetic scrounging for gum, so I can still blame my kids for its disappearance. 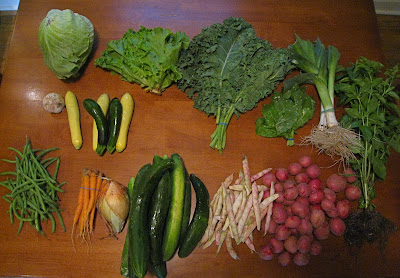 
And now, two things to do with all those cucumbers:

It looks green and frothy and a lot like a pitcher of pond scum. But it isn't. 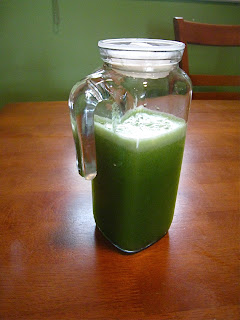 This stuff is pretty intense, but amazingly good after you've been out working in the yard in the hot sun. Rather than add the ice cubes to the pitcher as they recommend in the recipe, I fill up a glass with ice and consume the stuff a glass at a time. Ice is essential to dilute the intensity.

I don't have a photo of the sichuan cucumbers, but there's a picture here where I got the recipe. I love the lip and tongue tingling effect of sichuan peppercorns and served this with dan dan noodles so it was a double dose of numb. And very tasty too!

(The following has nothing to do with cucumbers.) 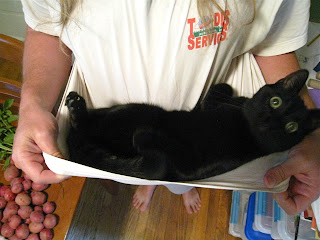 Paddy's favorite mode of transport. I think he might be part kangaroo.
Posted by Kate at 2:36 PM