Undies in a bunch vs. Knickers in a twist 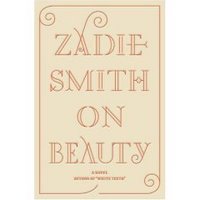 Depending on which side of the Atlantic you are from I've either got my undies in a bunch or my knickers in a twist about Zadie Smith's new book On Beauty.

Unfortunately, after reading this book, I don't think Smith would recognize the incongruity of an American uttering the latter phrase.

I'm hardly in the first to comment that Zadie Smith has a tin ear for American English (though I didn't know about the problem before reading the book)--go look at Blue Pencil's wonderful post dissecting all the mistakes in just the first few pages. Also, there are a number of readers' reviews on the book's Amazon page that detail other inaccuracies.

Shall I tell you what triggered my editorial instinct? Not food mistakes (for once) but clothing, an area in which I am hardly an expert since I live in jeans and t-shirts (a friend expressed surprise recently when I wore a shirt with buttons). But even such a non-clothes horse knows that you don't call a turtleneck a polo-neck and a tanktop a vest when you are writing in the point of view of an American character. Another gaff that had me snorting with laughter was when a group of rappers was offered "a crate of beer" rather than a case of beer after a performance.

Smith's editors should be scolded in a big way for letting this many mistakes through; Deb (aka Blue Pencil) pointed out that Smith thanks numerous editors and copy editors all of whom should be dope-slapping each other to bits now.

The inaccuracies aren't merely linguistic--Smith may have spent some time at Radcliff, but she has no clue how the American university system works. There were so many red flags that yanked me out of the story. It would be too tedious for me to list them all (though please do feel free to e-mail me and we can have a big old bitch session together). I am still wracking my brains as to why Smith set this at an American university and not a British one. I don't see how this book was improved by hauling it to this side of the Atlantic and I can imagine it having far fewer errors if it was set in an environment that Smith knows better.

And now, on to the actual story. In the moments that I was able to turn a blind eye to all the distracting errors I tried hard to get into this book. Smith says in her opening note that the book was "inspired by a love of E. M. Forster" and that she wanted to "repay the debt with hommage." Oh dear. I love Howards End and clearly Smith does too, but I don't think that I should re-write it.

Unlike Forster, almost none of Smith's characters are complex or sympathetic--most are pretty despicable. The only character who did retain the subtlety of the original was Charlene Kipps, the mother figure based on Mrs. Wilcox. Unfortunately, she also appears on the fewest number of pages. Forster manages to make his characters have unappealing sides to their personalities--no one wants to go cuddle up with Mr Wilcox and one could accuse Helen Wilcox of being bullheaded--but they are not so caricatured that one would dismiss them outright. But spend an hour in a room with Monty Kipps or Zora Belsey? No thank you.

Also, when does paying hommage to one's favorite book merely revert to laziness? Smith lifts scenes almost word for word from the original. The two most glaring examples are the scene with the Kipps family after the mother's death in which they reject a handwritten note bequeathing a family painting to Kiki (in the original Mrs. Wilcox writes that she would like Margaret to have Howards End) and the scene at the railway station in which Mrs. Kipps wants to take Kiki to see a painting at another house and is intercepted by her family (Mrs. Wilcox wants to take Margaret to Howards End and similarly is intercepted by her family). Reading these two scenes made me extremely uncomfortable and embarrassed for the author (Smith, not Forster). Did she really have nothing new to add? Was it necessary to "borrow" every aspect of the scenes?

One reason I'm spending so much time dissecting my reaction to this book is that I really loved Smith's first book, White Teeth, which dealt with race, class, and gender politics in a way I can only describe as graceful and light (despite the weightiness of the topics). Her characters in that book were so warm and alive and complicated. Now I want to go re-read both White Teeth and Howards End to rid my mind of this impression of Smith and to reclaim Forster's story from Smith's version, which unfortunately became more parody than hommage for me.
Posted by Kate at 9:32 AM