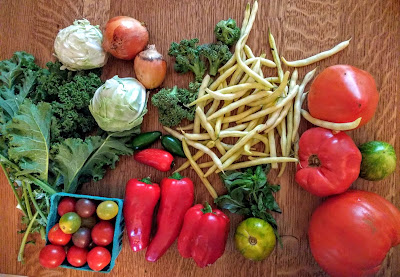 If you have even more corn, the mixture of kale and corn is a good one (so says Deb who has put this on our menu for the week).